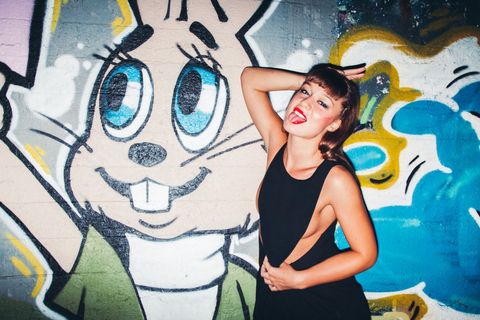 A study published in the Archives of Sexual Behavior confirms what you've been secretly hoping: It's not just you—all Millennials are having less sex. By comparing surveys, the study found that over double the number of Millennials born in the 1990s had no sexual partners since age 18 compared to Gen X'ers who were born in the 1960s. This week, the Washington Post corroborated these findings by interviewing a handful of Millennials who claim there's just no good reason to seek it out.

"For an average date, you're going to spend at least two hours, and in that two hours I won't be doing something I enjoy," said 18-year-old Noah Patterson, who'd rather be working or playing video games. "I enjoy [female] companionship, but it's not a significant part of life."

Work seemed to be a recurring factor in Millennials' decisions to abstain. Whether it's for school or their careers, focusing on their work leaves little time for romance.

"I don't involve myself in the scene of frat parties and hookup culture...but it seems like every other option is so time-consuming and very hard to seek out," said 19-year-old Alexandra Wolff. "It's not like I'm saving myself for anything; it's more like I've been busy."

it's probably no coincidence that the number of sexual partners fell for the generation that grew up with smartphones.

These findings make sense, since just a few months ago the CDC released numbers showing that sex among high school-aged teens had declined over the past decade. There was no other explanation for this change, other than the fact that teens just...aren't that interested in it any more.

Some believe this is because a lot of the taboo around sex has been broken down, but professionals also blame this change in hookup culture on the advance of technology. After all, it's probably no coincidence that the number of sexual partners fell for the generation that grew up with smartphones.

"The nature of communication now is anti-sexual," said associate clinical professor of pediatrics at Harvard Medical School, Norman Spack. "People are not spending enough time alone just together. There's another gorilla in the room: It's whatever is turned on electronically."

That being said, Millennials are still optimistic, confident that things will eventually work out.

"For me, it's not anything about chastity or fear of sex," says Claudia, who preferred not to give her last name. "I'm just like, 'Eh, it'll happen.'"