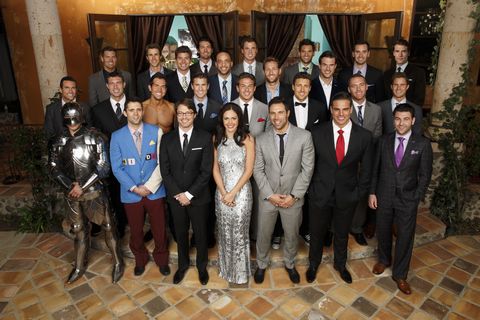 Sperm is all men are really good for, so why hasn't Darwinism carried them off yet? This fact has long baffled biologists, who, before and kind of during this new study, have more or less called the male species' being here "a waste of effort" and "seriously kind of useless."

The British study, published in Nature, found that "sexual selection, in which males compete to be chose by females for reproduction, improves the gene pool and boosts population health, helping explain why males are important," according to Reuters. When the researchers examined groups of beetles, they concluded that those in which the males had to fight off more of their buddies to mate benefited from fewer genetic mutations and not dying out from inbreeding in 10 generations.

So you can suck it, Grandma. I don't have unrealistically high standards—I'm just looking out for the future of humankind.

Giphy
This content is created and maintained by a third party, and imported onto this page to help users provide their email addresses. You may be able to find more information about this and similar content at piano.io
Advertisement - Continue Reading Below
More From Love & Sex
‘Til COVID Do Us Part: Divorce in the Age of Zoom