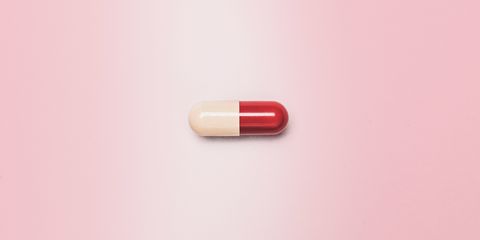 The FDA has just given regulatory approval to Addyi, the first-ever drug designed specifically to boost women's sex drives. "This is the biggest breakthrough for women's sexual health since the Pill," Sally Greenberg, executive director of the National Consumers League, told the New York Times.

Addyi, otherwise known as flibanserin (and nicknamed "pink Viagra"), works by targeting the brain's sexual-excitement neurotransmitters—in clinical trials, some subjects had life-changing results. "Flibanserin helped me remember that person I used to be," Cara, 38, told us in a feature story on female libido drugs from Marie Claire's December 2014 issue.

But it's not all rainbows and orgasms—some have criticized the drug's potential side effects (dizziness, nausea, fainting, sleepiness, low blood pressure), which caused 13% of participants to drop out of the clinical trial. But many argue that at least women now have an option—and will hopefully only see improvement from here.

For more on the fascinating, difficult, and necessary journey of "female Viagra," see our feature story here.