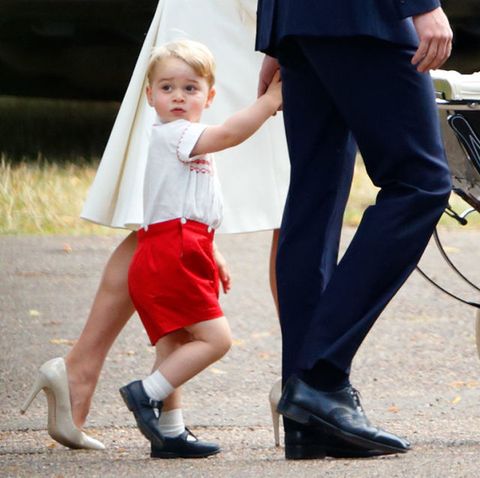 Prince George is growing up so fast! This year was a busy one for the beloved royal toddler: he welcomed a new little sister to the family, discovered what all the fuss over Christmas is about, mastered the art of posing for family portraits, and pretty much reigned supreme as the most adorable baby the world has ever seen… and soon he'll be starting school.

"We are looking forward to welcoming George to our nursery," said a spokesperson for Westacre, who assured "he will get the same special experience as all of our children."

TBH though, how could you not favor someone with a face like that? GAH! Too cute. I can't.