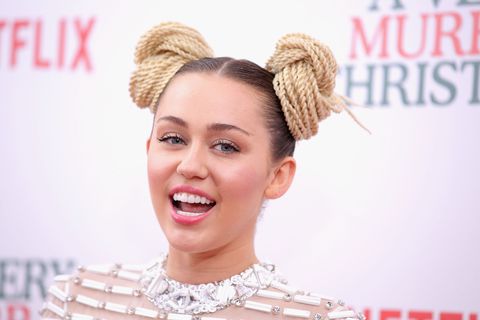 The cast of Woody Allen's TV series for Amazon is taking shape, according to Deadline Hollywood, which reported Monday that Miley Cyrus will be among the principle cast members. She'll star opposite Allen and writer-actor-director Elaine May, who previously worked with Allen on his 2000 film Small Time Crooks.

The series marks Miley's first time working with Allen. In December, she appeared in A Very Murray Christmas on Netflix opposite Bill Murray and George Clooney (and she stole the show).

The untitled Amazon show is set in the 1960s and will run six half-hour episodes, Deadline reports. It starts filming in March. Last year, Allen lamented his decision to create a TV show. "I have regretted every second since I said OK," he told Deadline in May.  "It's been so hard for me."