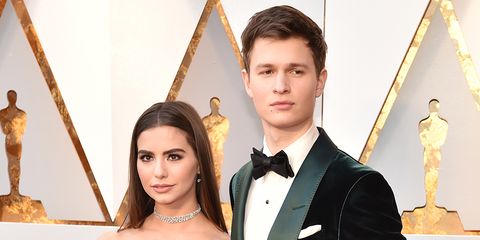 The Oscars are a night for fashion risks, but sometimes the riskiest fashion moments are unintentional. Tonight, Ansel Elgort's girlfriend, Violetta Komyshan, learned that the hard way when the lighting on the carpet had a...surprising effect on her dress.

The couple met while attending New York's Laguardia High School (also known as the Fame school) and have been dating since 2012.