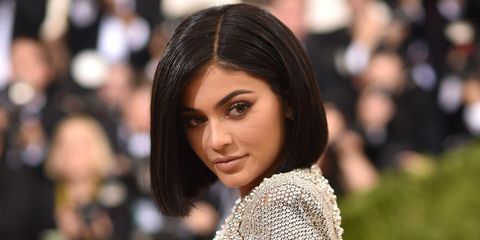 Kendall Jenner might be the resident fashion model in the Kardashian-Jenner family, but Kylie looks positively runway ready in her latest Instagram post with her newborn daughter, Stormi Webster.

In the picture, which appears to have been taken outside Kylie's home in California, she full-on struts down the street while pushing Stormi in a stroller. She even looks over her shoulder seductively and strikes a pose because it's the most extra baby stroll of all time.

"Stormi strolls 🤑," Kylie captioned the picture, in which she wears a short printed dress, accessorized with hiking boots and sunglasses.

If the picture, which was posted last night, is a new snap, it hints that Kylie wasn't able to join the rest of the KarJenner clan in Cleveland to support Khloé Kardashian during the birth of her daughter. In Kylie's defense, Stormi is not even three months old yet, making travel incredibly difficult.