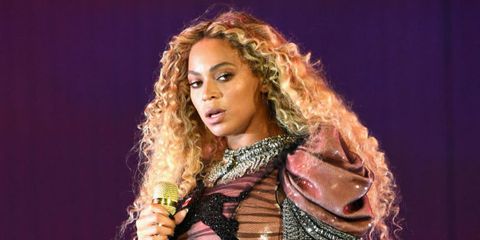 It's no secret that the BeyHive will do anything for their queen, but 22-year-old Chyna Johnson has officially taken her allegiance to the next level: According to a tweet posted earlier this week, she's getting evicted from her apartment because she spent her rent money on Beyoncé tickets.

Chyna is currently finishing up her final year of college in Houston, a.k.a. Bey's hometown—and she says that the show was well worth losing a roof over her head. With graduation coming up, she wanted to go out in style, and Beyoncé's Formation World Tour was the perfect way for her to do so.

"My priorities are definitely in [check,] to be honest," she told Buzzfeed. "I just am a die-hard Beyoncé fan...I had the time of my life. Literally."

Her tweet—and her story—quickly went viral, and many fellow Bey fans were quick to voice their admiration for Chyna's gutsy move. Meanwhile, Chyna is holding out hope that her landlord takes it easy on her, since she's never been late on rent before. Here's hoping she's able to get some funds in formation soon and that her landlord gives her a pass.