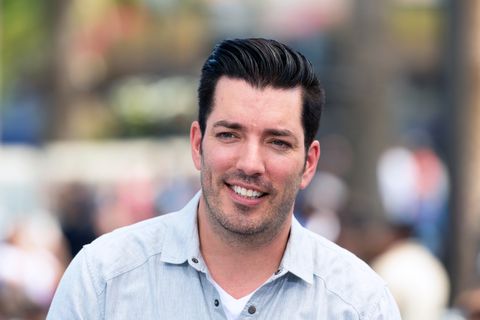 Jonathan Scott, star of HGTV’s Property Brothers and its various spinoffs, announced this April he had broken up with longtime girlfriend Jacinta Kuznetsov. That leaves him a single man—but don’t assume he’d start looking for love on television. According to him and his brother, The Bachelor has come calling several times, but Jonathan is not into it.

“Jonathan has been pitched like, I think four times now, been approached to be the Bachelor. He don’t need that,” brother Drew Scott told Us Weekly on the Emmys red carpet. And Jonathan agreed, telling the magazine being the Bachelor would cause him “so much anxiety.”

“I said my third no to being the Bachelor about a month ago,” he said. “I cannot. That is absolutely not me. I would love something like The Amazing Race. [It] would be fun…but not The Bachelor.” Though when Us Weekly asked him whether he’d do it without the idea of marrying a contestant at the end, he joked, “Oh, just frivolous sex? Oh, that sounds fun.”

Jonathan was previously married in 2007, but he and wife Kelsy split two years later. Drew, for his part, married Linda Phan this year, and their May wedding was captured for a TLC special. “The special bond they have has given me hope,” Jonathan told People about Drew and Linda. “There is such profound love and respect between the two of them. They really do make each other better people."