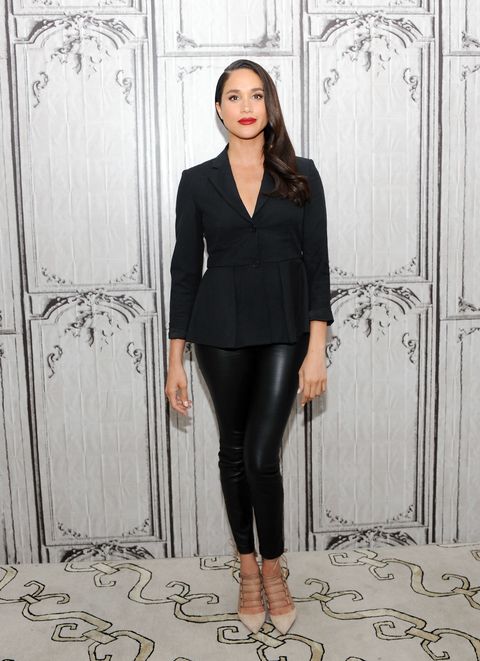 Meghan Markle has topped Google's list of the most-searched actresses in 2016. Markle was best known for her role in USA's slick legal drama Suits until the end of October, when news broke that she was dating Prince Harry—so to put this in context, a majority of those Google searches probably happened in the last month and a half.

Marion Cotillard is number two for what would appear to be reasons similarly unconnected to her acting career. Cotillard has had a relatively quiet year in terms of mainstream film work, but made headlines in September thanks to unsubstantiated rumors of an affair with Brad Pitt.

Things get more encouraging further down the list: both of this year's female acting Oscar winners, Brie Larson and Alicia Vikander, made the cut, as did Star Wars' Daisy Ridley and Stranger Things' young breakout star Millie Bobby Brown. Read the full list below:

Emma Dibdin Emma Dibdin is a freelance writer based in Los Angeles who writes about culture, mental health, and true crime.
This content is created and maintained by a third party, and imported onto this page to help users provide their email addresses. You may be able to find more information about this and similar content at piano.io
Advertisement - Continue Reading Below
More From Celebrity
Royals Had Several Talks About Archie's Skin Color
See Blake Lively's *Impressive* Watermelon Cake
Advertisement - Continue Reading Below
Prince Charles Cant Deal with Harry's Criticisms
Serena Gave Daughter Olympia a Tennis Lesson
Meghan Shared What Helped Her Through 2020
Kylie and Travis Are "Very Close" After Reuniting
Meghan's Book 'The Bench' Tops Best Sellers List
Kaavia Talks to a Bee in an Adorable IG Video
David Harbour on Being Stepdad to Lily Allen's Kid
Ben Affleck Is "Getting to Know" J.Lo's Kids