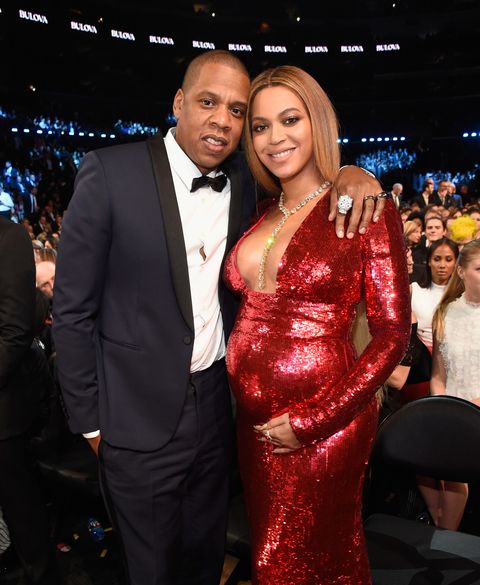 Australia has the rest of the world beat when it comes to celebrity-inspired restaurants. First, a Kate Middleton-themed brunch spot, Middletown, opened in Melbourne. And now, a restaurant and bar has opened in Sydney that is dedicated to Jay Z and Beyoncé.

The restaurant, naturally called The Carter, features paintings of Jay and Bey on the walls:

The rest of the decor is "inspired by New York's great architecture, food, and controversial entertainment," manager Chady Khouzame told The Music. "Jay Z and Beyoncé have always been at the center of controversy which is what inspired our hidden messages in artwork surrounding the bar and the murals on the wall in the basement." (ILLUMINATI PYRAMID???)

And The Carter has dishes inspired by hip-hop's best and brightest, like the Nas Sticky Lamb Ribs. There's also The Carter chicken wings, topped with Bey's Hot Sauce, Kanye barbecue corn cobs, the Biggie T-bone steak, and the Snoop foot-long hot dog. And the bar features cocktails like the Kimye and the Pablo, though there's no sign of lemonade just yet.

It looks like The Carter starts as a restaurant by day, then transforms into a nightclub complete with live entertainment. So it might not be too appropriate for Blue Ivy or her soon-to-be siblings. Time notes that it's unclear whether the music royalty gave their permission for the restaurant's homage, but it's certainly stylish enough to get the approval of Queen Bey.

This content is created and maintained by a third party, and imported onto this page to help users provide their email addresses. You may be able to find more information about this and similar content at piano.io
Advertisement - Continue Reading Below
More From Celebrity
Sophie Turner Shared Her Personal Pregnancy Pics
Gwyneth Paltrow Poses Nude on Her 48th Birthday
Advertisement - Continue Reading Below
The Queen Fired a Nanny Who Tried to Overrule Her
Gigi Hadid Apparently Gave Birth on a Farm
Harry & Meghan Want to Go Back to the UK This Year
Adele Shares Previously Unseen Photos on Instagram
Duchess Kate & Prince William Share New Photos
Kit Harington and Rose Leslie Are Expecting
The Queen Is Apparently an Anti-Foodie
Katie Holmes Just Met Her New BF's Parents