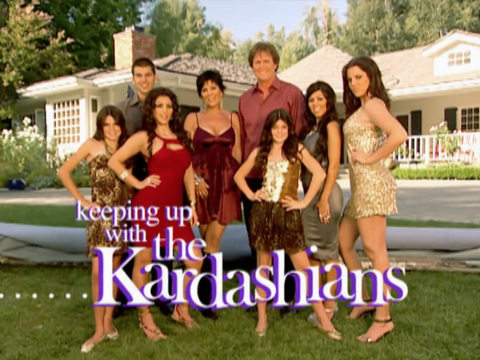 In honor of Keeping Up With the Kardashians' 10-year anniversary, E! invited the Kardashian clan and executive producer Ryan Seacrest to reminisce about the last decade of Kardashian craziness.

Early in the special, Kris Jenner quipped that she has the best home videos thanks to the show, but Seacrest broke out the real cringe-y, home video-style footage: The original sales tape that he put together to sell the show to E!. It's narrated by Kim (who humblebrags about organizing stars' closets) and it's incredible.

Watch it for yourself, but maybe grab some popcorn first.

The thing I'm most grateful for in this world? The original KUWTK sales tape. pic.twitter.com/GgCmnqVR34