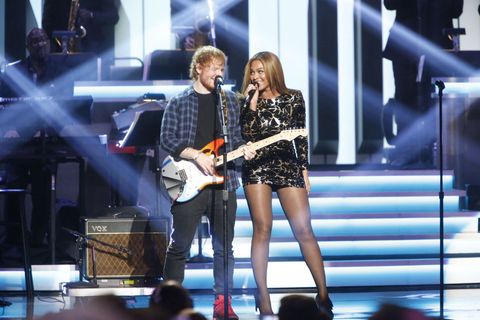 Everyone loves Stevie Wonder. So it's no surprise that his concert tribute was a who's who of musical prowess. The special, which aired on CBS yesterday, featured a slew of entertainers including Lady Gaga and Sam Smith. But perhaps the best performance of the night came from Beyoncé, Ed Sheeran, and Gary Clark Jr.

Performing "Fingertips", "Master Blaster (Jammin')", and "Higher Ground", the entertainers made their mark on history—and had Stevie swayin'. Watch the magical music moment and check out some behind-the-scenes shots from Queen Bey's Instagram account below:

A Visual History of Beyoncé at the Grammys

Slow Clap: Beyoncé Will Perform at the Grammys