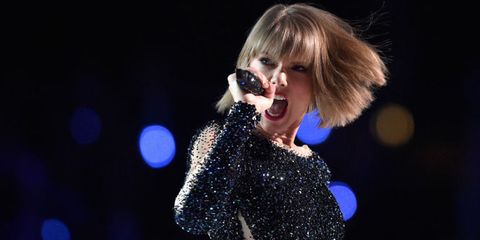 Taylor Swift just teased another new song, giving us more insight into the sound we can expect on her upcoming album, Reputation. The track, "Ready for It," was previewed Saturday night during a promo for the Alabama vs. Florida State game on ABC.

Listen to the first minute of the new song, which will be released as a promo single, according to iHeartRadio, below:

No. 1 Alabama. No. 3 Florida State. Right NOW on ABC and streaming live on the ESPN App. pic.twitter.com/pojroWJRHL

"Ready for It" isn't as dark as "Look What You Made Me Do," the lead single from her Reputation era, which was met with mixed reviews.