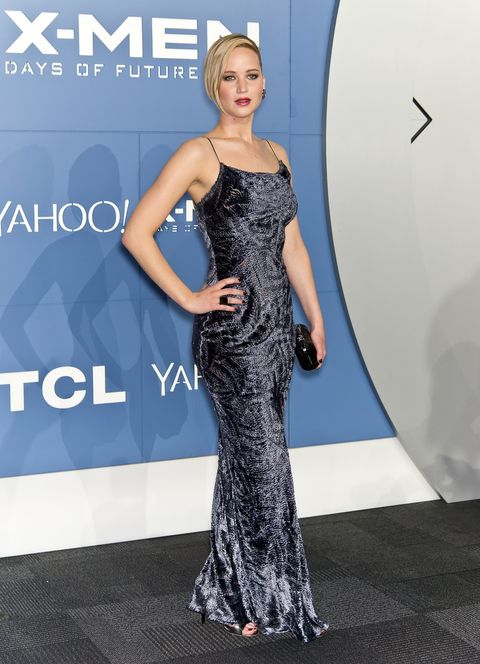 Accompanied by mate for life Bradley Cooper—but only in a professional capacity!—Jennifer Lawrence said, "It is my last one, actually, yes," referring to her role as a shape-shifting, yellow-contact-lens-wearing mutant in the X-Men franchise.

There had been murmurings about a Mystique spin-off movie after X-Men: Apocalypse is released in May, but as of Saturday's Serena premiere, those seem to have been effectively quashed. C'est la vie. At least the news comes wrapped up in three minutes of jokey, ship-them-even-harder-now J-Law/B. Cooper camaraderie. Watch the interview here.

Sansa Stark Is Going to Be an X-Man