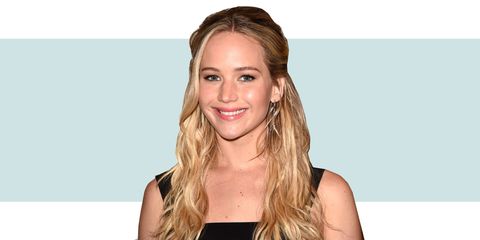 After she was finished educating Comic Con on another facet of how Hollywood polices women's bodies, Jennifer Lawrence went on Conan, where she was her usual boisterous, straight-talking, embarrassing-Liam-and-Josh self.

And here, she spoils the future of the Hunger Games franchise while bringing up another highly relevant point about her industry's sexism and overreliance on sequels. (P.S. Not-great recovery, Joshie.)

Then she channeled her 14-year-old self and sang Cher's "Believe" with all the guttural pizzazz of the original and we actually wished there would be Hunger Games XLVIII: Katniss's Escape from the Assisted-Living Facility so she could never stop giving interviews.