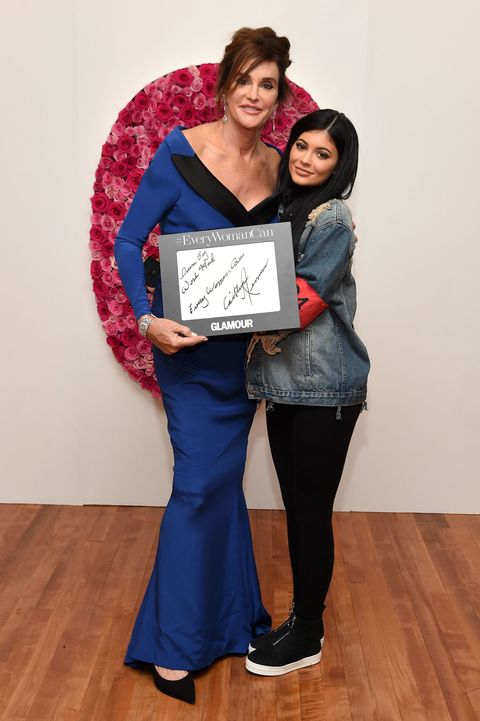 It's nearing six months since Caitlyn Jenner announced her transition via Vanity Fair cover, but if the Kardashians' latest comments show anything, it's that the family is still coming to terms with the major change.

In contrast to Khloé's previous admission that she's had a hard time dealing with the fact that Caitlyn and Bruce are completely different people, Kylie said that she actually prefers the newest member of her family to her dad.

"I like her better than Bruce," the Lip Kit boss said during an episode of Ellen airing Monday. "We talk about makeup and clothes. We bond a lot more, but not only that. I feel like there's not a huge secret in the family…I've honestly known about it for a really long time, and we actually caught him then dressing up as a girl when my sister and I were like 6 and 7, maybe. So we've known for a while that there was something, but it was never talked about."

The still-coupled-up 18-year-old also applauded Caitlyn for "really living her authentic true self" and herself (indirectly) for wanting to set an example for other children of transgender parents. Watch the interview below.