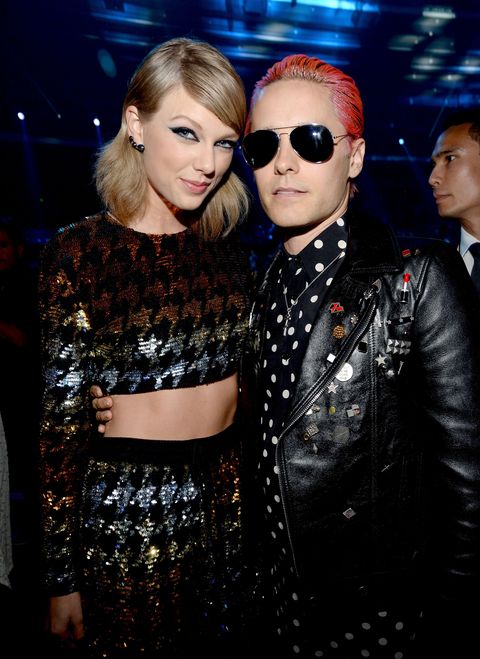 After a video of him putting down Taylor Swift's music surfaced Monday, repentant music critic Jared Leto has issued an apology to the singer and her fans.

The truth is I think @taylorswift13 is amazing + an incredible example of what's possible. If I hurt her or her fans my sincerest apologies.

In the incendiary footage, the serial photo-bomber and one of his Thirty Seconds to Mars band-mates analyze 1989 song by song, first dismissing "Welcome to New York" before concluding "F*ck her. I don't give a f*ck about her."

Approximately 2,938,475 Swifties going to battle for their dear leader later, Leto now apologizes, but isn't combing through one's album in the hopes of learning one's hit-making secrets the second sincerest form of flattery? Now we wait for the surprise Grammys number, complete with feather headdresses and a conciliatory hug.