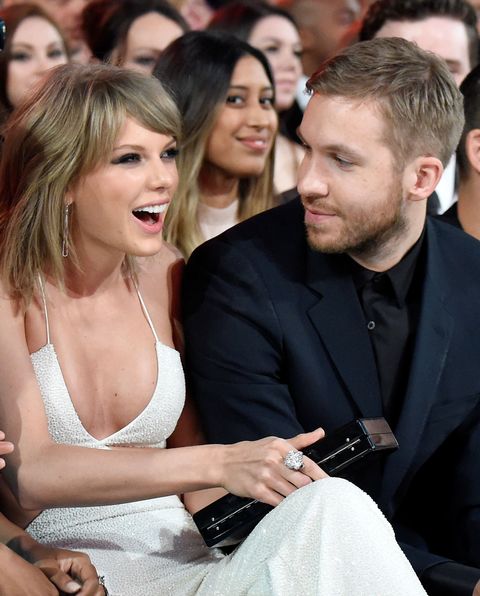 Much as you would like the opposite to be true, romantically involved famous people Taylor Swift and Calvin Harris are probably not living together in his Beverly Hills home, a 16th-century Scottish castle, a plane, a train, or any other structure.

Refuting Monday's news that the photogenic vacationers had TAKEN THE NEXT STEP IN THEIR RELATIONSHIP (REPORT), Swift's representative told People "they are absolutely not living together," with another source chiming in that "they are happy and in no rush to settle down." (No comment on the contemplating-engagement bit, though.)

That's just too bad. But at the very least, separate living quarters shouldn't put a damper on their cute-couple-pic output.

Chelsea Peng I'm Chelsea Peng, the assistant editor at MarieClaire.com.
This content is created and maintained by a third party, and imported onto this page to help users provide their email addresses. You may be able to find more information about this and similar content at piano.io
Advertisement - Continue Reading Below
More From Celebrity
Ben Affleck and Jennifer Lopez Made Out in NYC
Lady Gaga Stunned in an Old Hollywood Look
Advertisement - Continue Reading Below
Olivia Rodrigo Looked Jaw-Droppingly Beautiful
Will's "Alleged Bullying" Drove the Sussexes Out
Sam Asghari Opens Up About Britney Documentaries
Prince Harry’s Memoir Is Concerning Royal Insiders
Meghan Markle Wore Some Familiar Earrings in NYC
Harry and Meghan Could Visit England for Christmas
Meghan Markle Looked Gorgeous at Global Citizen
Harry and Meghan Are Taping Their NYC Trip