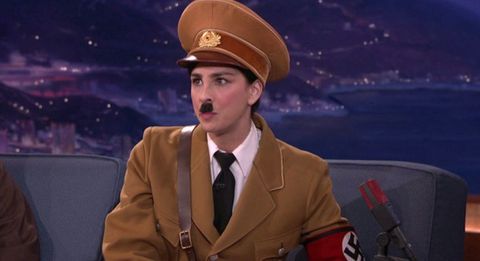 People have been comparing Donald Trump to Hitler since his call for a database of Muslim Americans in November. But last night, Sarah Silverman took it one step further, showing up *as* Hitler on Conan to make a point.

"That's more applause than I expected," she joked (deadpan) while walking out to somewhat tepid claps from the audience. Silverman—er, Hitler—wanted to "clear the air" about the "unfavorable" comparisons to Trump.