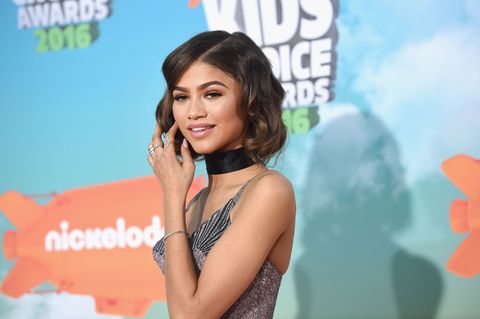 Just when you thought we were done with women randomly criticizing other women's bodies, Difficult People creator Julie Klausner decided to go after Zendaya…the night of her Kids' Choice Award win. Nice.

The young actress' *thing* (besides acting and singing and schooling racist commenters) is body positivity, so after retweeting Klausner, she went in, referencing the essay she wrote after Giuliana Rancic joked about her dreadlocks at last year's Oscars.

Do you find this funny? I will write another paragraph to educate you aswell #youreallywannabenext? https://t.co/z6dXOJ3Tai

What followed: multitudes of Zendaya fans trying to show Klausner why her way of thinking is problematic, Klausner escalating the situation by comparing Zendaya to Kim Jong Un, and finally, an uneasy truce.