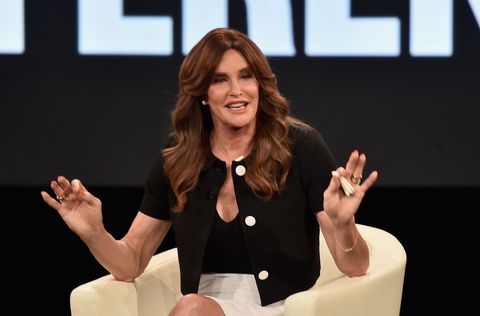 In an interview on the Today show, Donald Trump was asked whether he's in support of trans people's right to use the bathroom of their choosing. He answered yes.

"So if Caitlyn Jenner were to walk into Trump Tower and wanted to use the bathroom, you would be fine with her using any bathroom she chooses?" Matt Lauer asked him.

"That is correct," Trump replied. Ted Cruz, however, has gone on record saying that he doesn't believe trans people have that right, that it's not safe for children, and that they shouldn't use public bathrooms at all.

So, in response, Caitlyn Jenner did something great: She decided she'd pop in to use the restroom at Trump Tower in NYC 1) to see if Trump's employees stand by his decision and 2) to give Ted Cruz something to think about. And she filmed it.

"Thank you, Donald," she said. "I really appreciate it. And by the way, Ted, nobody got molested."