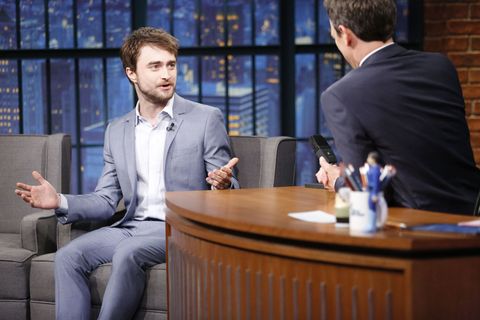 Like his namesake body lotion, Donald Trump is kind of offensive and not that useful—even to a gentle soul like Daniel Radcliffe, who would have been even gentler at 11 years old, when the two met as guests on the Today show. Too bad ol' Donny couldn't pull through.

"[Trump] was like, 'How are you?' And I was like, 'I'm really nervous. I don't know what I'm going to talk about on the show,'" England's Rear of the Year 2015 said during an appearance on Monday's Seth Meyers. "And he just said, 'You just tell them you met Mr. Trump.' To this day, I can't even relate to that level of confidence."