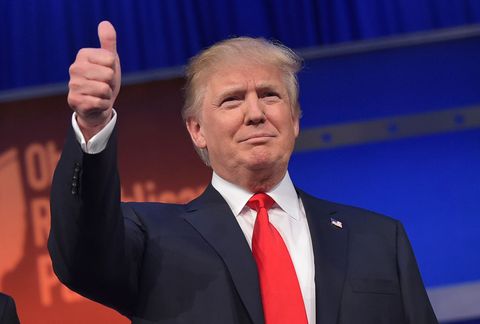 Donald Trump's hair is full of secrets, and they're finally being revealed. Turns out the president's infamous combover owes a lot to prostate drugs, which he's reportedly been taking to avoid going bald.

The New York Times spoke to Trump's longtime doctor Harold N. Bornstein (as you can see in the photo below, Harold also has an iconic head of hair), who confirmed that POTUS takes finasteride, a drug which is typically used to lower PSA, a prostate antigen. It's alllll coming together.

The NYT notes that Finasteride is marketed as Propecia when used to help male-pattern baldness, and the good ol' doc himself also takes it. "He has all his hair," notes Dr. Bornstein, "I have all my hair."