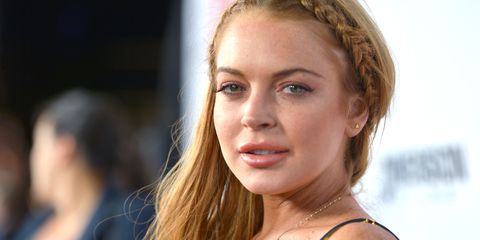 In a move that's sure to be controversial, Lindsay "Woman of Many Accents" Lohan has broken ranks with the rest of Hollywood and offered her support to Donald Trump. Which is slightly surprising given Lohan's recent work with refugees, a group POTUS does't exactly have warm and fuzzy feelings toward.

When asked about Trump in a recent interview, the actress said, "You have to join him. If you can't beat him, join him." She also noted that "it would be a positive thing for America to show their care and support, and for him to experience what it's like for these people...experience how giving Turkey has been to the refugees and how many they have welcomed in."

It should be noted that in 2014 Trump told Howard Stern that Lindsay Lohan is "probably deeply troubled and therefore great in bed."