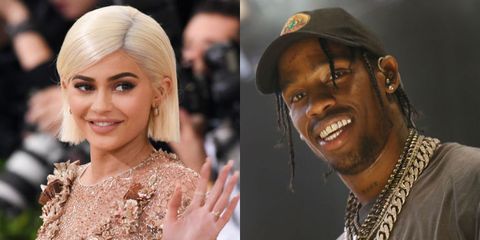 If you ship Kyga, look away now. TMZ is reporting that Kylie Jenner and her new guy, Travis Scott, are officially not seeing other people.

According to TMZ, not only have the couple been virtually inseparable since they stepped out at Coachella together (Kylie even invited her whole crew out to celebrate his birthday in New York City a few weeks ago), but the couple have been spending time in Travis' hometown, Houston.

Word on the street is that Kylie has even met Travis' family, and if all these ~rumors~ are true, then this seems like the end of the Kylie/Tyga era.