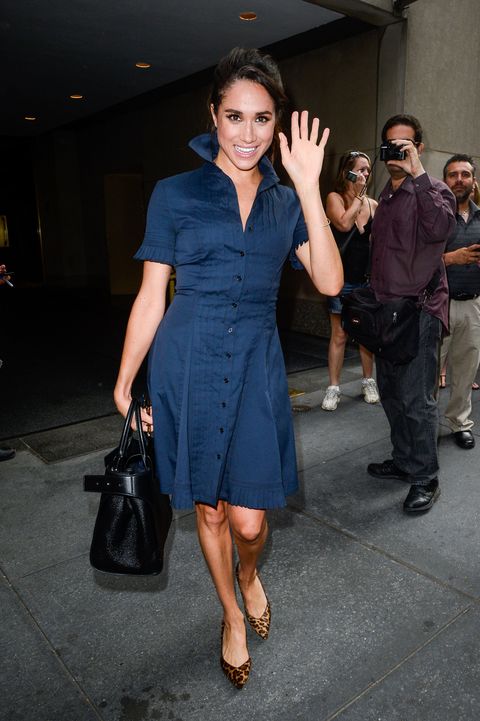 Ever since morphing from a mere mortal into Prince Harry's girlfriend, Meghan Markle has kept an extremely low profile. Meaning, minimal social posts (she hasn't hit Instagram since April), and few public appearances.

But the actress and potential-future-royal showed up at the Suits 100 episode party to celebrate the show that made her famous, and looked like she was having a total blast.

But um. You're probably wondering if Prince Harry came with.

And the answer is a resounding nope.

Which really makes sense if you think about it: Suits deserves to have its moment, sans British royalty.