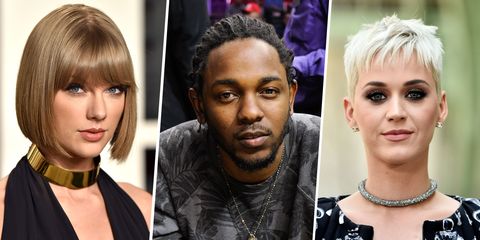 Taylor Swift and Katy Perry's feud is basically the Little Engine That Could of celebrity drama, and Kendrick Lamar wants no part of it. And while the rapper appeared in Swift's video for "Bad Blood," a song that is highly speculated to be about Perry, that doesn't mean he's Team Swift.

"No, I wasn't aware of that, bro," Lamar told Rolling Stone when asked whether or not he was "aware" that he seemed to be taking sides. "That's a great question. No! On the record, no. Which makes it even more funny now, for sure. That's far beyond my concern. I have to stay away from that, for sure. That's some real beef."

You probably know this feud like the back of your hand, but just in case you need a primer: it all started because Perry's backup dancer joined Swift's tour and then left. But Perry recently apologized and mused "I love her, I always have," so apparently everyone's letting bygones be bygones. 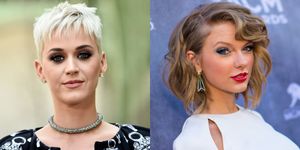