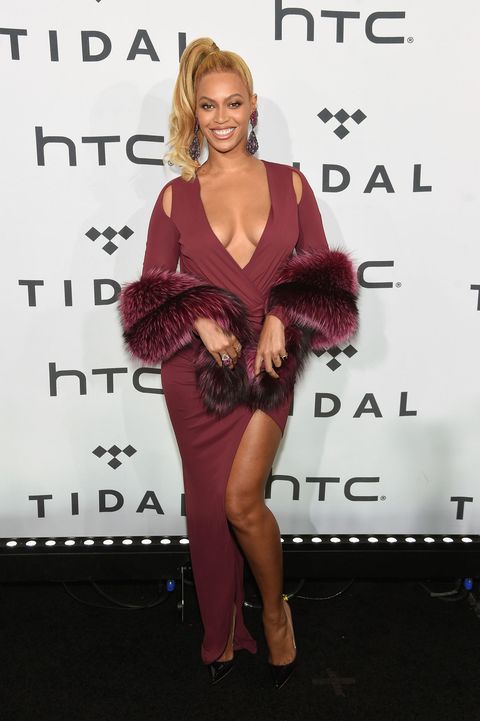 Update 4/25, 9:00 AM: The Beyhive has really been on a roller coaster for the past 36 hours, but there's finally some definitive—and excellent—news. Beyoncé's 'Lemonade' hit iTunes early this morning, and can be yours for only $17.99. Or if spending money on music makes you queasy, you can buy individual songs for just $1.29. Unfortunately, streaming remains only on Tidal, so if you don't have a subscription, you will have to shell out cash. Enjoy!

Update 4/24, 8:20 PM: Looks like 'Lemonade' is staying put as a Tidal exclusive despite earlier reports. A Tidal spokesperson has confirmed to Marie Claire that "TIDAL will be streaming the album exclusively in perpetuity. "

Original 4/24, 6:30 PM: There's good news for Tidal-less Beyoncé fans who have been suffering through the past day without Queen B's latest album 'Lemonade.'

According to The New York Times, the previously Tidal-exclusive album will become available on iTunes Sunday night at midnight.

Beyonce premiered the visual album on HBO on Saturday night, before hitting Tidal immediately after.  Beyonce is a co-owner of the streaming service with husband Jay Z.

If you're as surprised as we are that Tidal had such a brief exclusive, The New York Times sums it up pretty well:

"The brief window of exclusivity for Tidal reflects the growing complexity and fragmentation of the digital music market. For Beyoncé, whose every move is watched intensely by the music business, releasing an album comes with seemingly irreconcilable pressures regarding, on the one hand, managing her business interests and, on the other, reaching as wide an audience as possible."

Either way, it's a win-win for fans who now have another option for streaming Bey's latest and greatest.