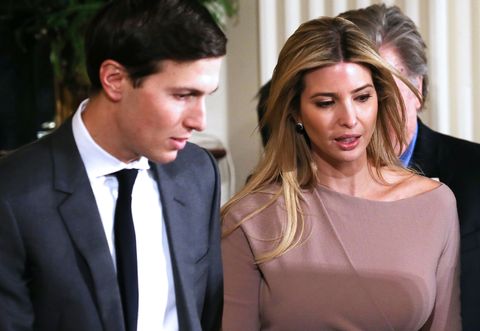 As early as the end of last year, the discount retailer's selection of Ivanka Trump products had begun to dwindle—from 18 in November to 13 as of February 7—but since the weekend, a site search now returns zero results. According to Racked, the brand issued a statement in which it explained the dump as "optimizing its assortment" and "refreshing its product offering."

While other off-price retailers T.J. Maxx and Marshall's have also been working to minimize presence of the First Daughter's line (removing signage, mixing inventory into the racks), there's at least one store that hasn't joined the #GrabYourWallet unloading-fest yet: Macy's.