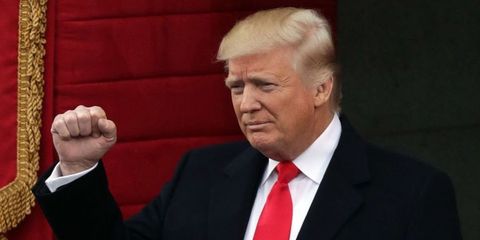 After years of criticizing President Obama for spending taxpayer money on travel, Donald Trump is on par to spend more in one year of traveling than Obama did throughout his presidency, CNN reports.

In his first few months in office, Trump has spent six weekends and about $20 million traveling to and from Mar-A-Lago, his private Palm Beach golf club. According to a 2016 Judicial Watch study, Obama spent a little more than $96 million total across his eight years in office on family vacations and press trips.

Meanwhile, Trump's 2018 budget cut proposal is set to slash $54 billion in across the State Department, the Department of Housing and Urban Development, the Environmental Protection Agency's budgets, as well as 13 percent ($2.4 billion) of the Transportation Department's spending.