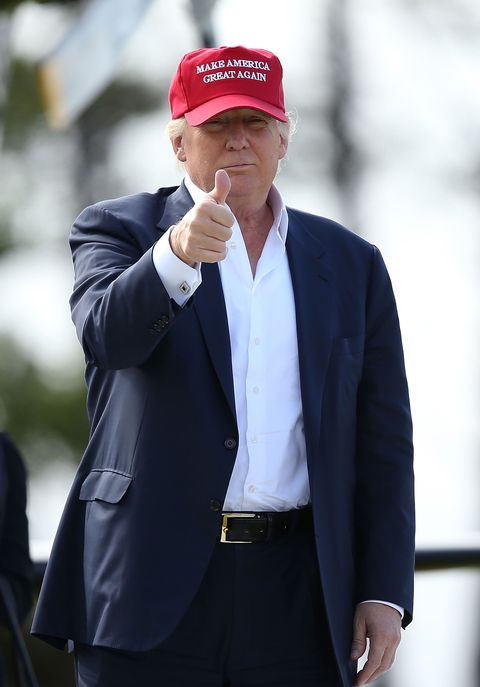 Not going to lie: Kind of love this piece of news because 1) Donald Trump never thought he'd run for office either and 2) his piss-poor, illogical defense of all the disgusting things he's said about women just shows what a buffoon he is. What more do you need, America?

As a guest on a Wisconsin radio show hosted by conservative commentator Charlie Sykes, the Lace to this election's Bachelor never apologized for his history of sexist comments despite multiple opportunities to do so. Instead, the Republican frontrunner presented this totally sound argument for why we shouldn't hold those past slurs against him now: "I never thought I would run for office." Whoa. Us either!

Elsewhere in the interview, Trump said that mocking Ted Cruz's wife for her looks was NBD, that he's allowed to hate Megyn Kelly, and that he'd rather be talking about trade than his treatment of women, AKA "things he's best at." Well, nobody's arguing with you there, buddy.