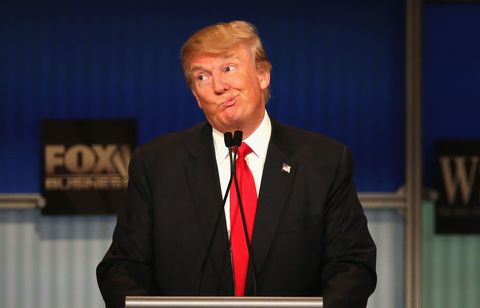 Former steak salesman, Donald Trump, man who might actually run our country, just gave a speech about 9/11, and it was incredibly cringe-worthy. Or rather, more cringe-worthy than his speeches usually are.

"I wrote this out, and it's very close to my heart," he told a crowd in Buffalo. "Because I was down there and I watched our police and our firemen down at 7-Eleven, down at the World Trade Center right after it came down. And I saw the greatest people I've ever seen in action."

But did you write it out, Donald Trump? Did you? Because as nice as the sentiment is, 7-Eleven is a place we buy Big Gulps and shame spiral, whereas 9/11 is something quite different.

Trump has yet to address his comment, but hopefully he does so soon because the New York primaries are today and side-eyes are at an all-time high.