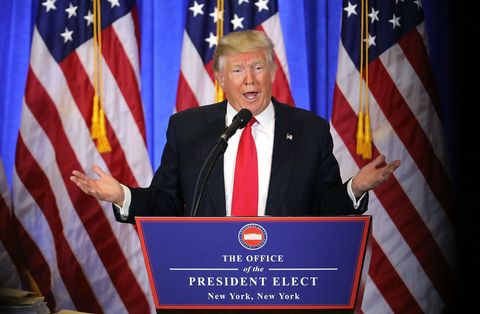 Donald Trump loves Twitter. The new POTUS has been tweeting his ~thoughts~ for years and taking office as president hasn't slowed him down much. Here's a look back at some gems from Trump's Twitter account that you may have forgotten.

His comments on global warming:

On vaccinations and autism:

On sexual assault in the military:

On being politically correct about Megyn Kelly:

And on being responsible for her success:

On the private relationships of multiple celebrities (SO. MANY. CELEBRITIES):

On what Lady Gaga owes him:

On walking out on Madonna:

On his career advice for Cher:

On his fashion advice for Miley Cyrus:

On the invasive nude photos taken of Kate Middleton:

On Bette Midler and the Oscars:

On talking politics with Kim Kardashian:

And finally, on the "haters and losers":