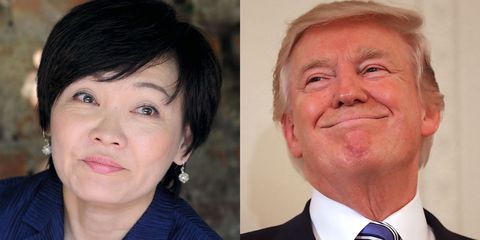 News recently broke that Donald Trump held a second, undisclosed meeting with Vladimir Putin while in Germany for the G20 summit. And naturally, the New York Times brought it up during their recent, very expansive interview with him—which is where Prime Minister Shinzō Abe's wife Akie Abe comes in.

Trump says he was seated next to Abe at a summit dinner, and that she didn't speak a word of English. But as political consultant Sam Thielman points out in the above completely iconic tweet, this isn't exactly the case. More likely, at least based on Trump's transcripts with the New York Times, Abe avoided Trump for an entire dinner by pretending that she didn't speak English: 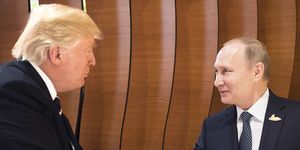