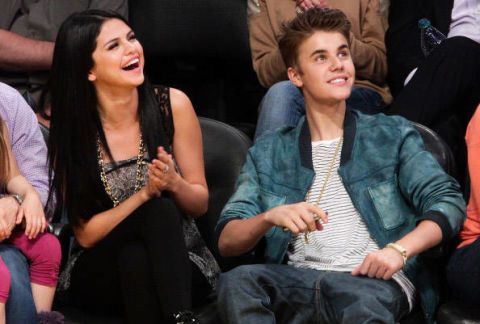 Wrestling with the idea of ending a long-term relationship — especially one that's pretty good, but just not right for you — is intensely stressful. How can you tell if it's really time to break up and not just a rough patch? How hard should you try to fix a relationship before you give up on it? There's rarely a universal answer, but there are a few things to keep in mind when you're not sure where your relationship is headed.

1. You've given up on fighting. "The most universal sign [it's time to break up] is when somebody feels extremely withdrawn, detached, and just doesn't feel like they have any heart or energy left to give. When people are still fighting, they still care enough to fight," says Dr. Ellyn Bader of the Couples Institute. If you don't think the relationship is worth trying to fix, that can be a big warning sign, and the same goes for your partner's attitude.

2. A new approach doesn't help. If you really just have one major complaint, Dr. Bader recommends changing the way you encourage or discourage their problematic behavior before calling it quits. It might suck to be doing all the emotional work for a while, but it's surprising just how much your attitude can affect your partner's. If they're still not stepping up or changing, it may be time to move on.

3. There was no spark to begin with. There are very few universal signs of a doomed relationship. "So much can be fixed and changed," says Dr. Bader. But if you're not happy, look back to the beginning of the relationship. If you two didn't have that spark, that sense of being soul mates, and the relationship was more of one of convenience or just wanting to fill a void, there's very little to fall back on.

4. You have different core values. Fights about wanting or not wanting kids, religious views, or other major beliefs can start small but become huge problems as time goes on. If your partner can't respect and compromise on your views it probably isn't worth sticking around.

5. Rough patches are normal. "It's normal and inevitable to have self-doubt. It's going to happen, no relationship is on that high all the time," says Dr. Bader. It's pretty typical to feel like your relationship isn't where it used to be two to five years in. No matter how great the relationship was at the start, people can trigger some painful issues in each other. Just because the relationship isn't amazing every moment of the day, it doesn't always mean there's a deeper issue.

6. But don't stay just because it would be hard to leave. Factors like kids or leases/mortgages play a huge role in just how much effort you should put into fixing the relationship. All too often, Dr. Bader sees people leave a relationship before they've tried to repair it. But major commitments like that aren't a reason to stay in an unfulfilling relationship. If you've tried everything and nothing is changing, it's better to move on, even if it's going to be hard at first.

This article originally appeared on Cosmopolitan.com