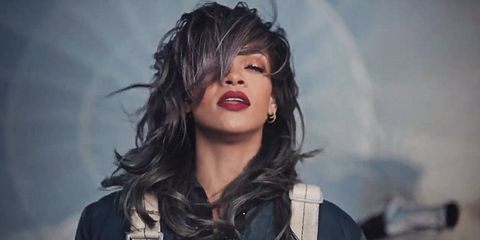 Good news for people who have thus far refused to indulge the whims of Jay Z and subscribe to Tidal — Rihanna's new video for "American Oxygen," previously only available on the musician-owned streaming service, is now up on Vevo. You don't even have to enter your credit card info to watch!

The video is unusually political by Rihanna standards, featuring footage of Eric Garner protests, the 9/11 attacks, and the funeral of Martin Luther King Jr., among other things. "American Oxygen" is expected to appear on Rihanna's mysterious eighth album, still known only as #R8.