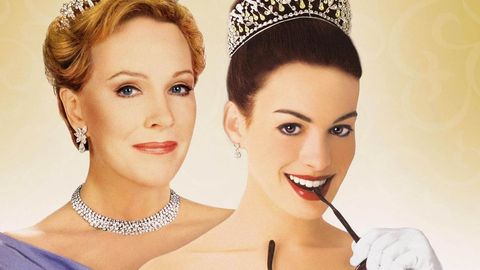 A third Princess Diaries movie seemed like a done deal last year when director Garry Marshall, who helmed the first two films, confirmed he was in talks with Disney to make it happen. Then Marshall died unexpectedly over the summer, putting the project to a halt.

But it isn't over. In an interview with BuzzFeed this week, star Julie Andrews—the Queen of Genovia herself!—revealed that production on a Princess Diaries threequel might soon move forward.

"There's talk about it," she said. "And [Anne Hathaway]'s very keen to do it. I would very willingly and happily do it."

In fact, the Genovia royals seem more committed than ever because the film could serve as an homage to Marshall.

"I think we might do it in honor of him," Andrews explained. "Annie had an idea that she wanted to pursue about it, and I'm all for it."

So are we. ::Genovian national anthem plays::