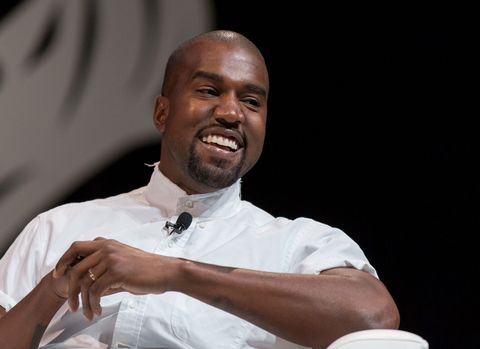 He's going to Hollywood! Kanye West surprised judges (and probably himself a little, TBH) when he stopped by the San Francisco auditions for American Idol season 15 (the last one) to "try out" for the show.

No word yet on exactly *why* Kanye decided to drop in, though the family was in San Francisco for the Barack Obama fundraiser, where Obama gave Kanye some pointers on his 2020 campaign. We're thinking these photos will look great on a political reel—you know, should that be the case.