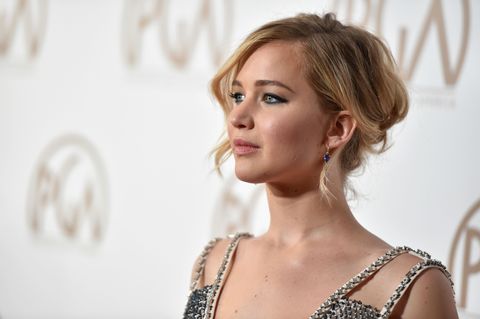 The Hunger Games' Katniss Everdeen is, obviously, a badass. She takes on a screwed up, society-approved killing game—then the government—and stands up for herself every step of the way. So it makes complete sense that people would be inspired by her—even those who play her.

When asked whether the character motivated her to speak out about making less than her male counterparts in Hollywood, Jennifer Lawrence didn't hesitate: "I don't see how I couldn't be inspired by this character. I mean I was so inspired by her when I read the books—it's the reason I wanted to play her," she told Reuters. "So I think it would be impossible to go four years with this character and not be inspired by her."