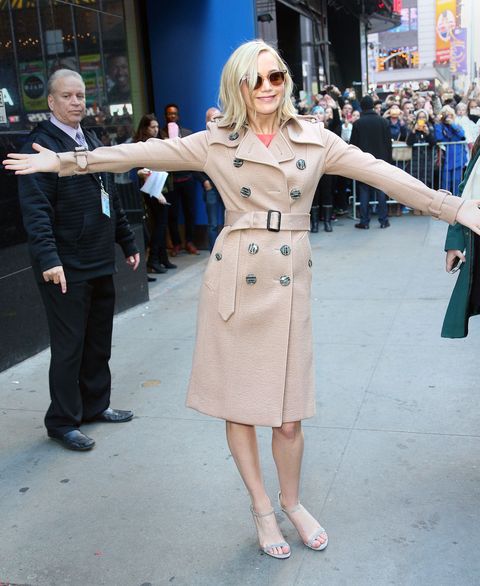 Can you get worker's comp for an injury sustained from being too excited to sleep? Asking for Jennifer Lawrence.

The tuckered-out Hunger Games actress stopped by Conan on Thursday, where she told the incredible story of how she dislocated her toe by hitting her own foot while flailing from happiness that she could finally get some rest.

"This was my first night of sleep," she said as video of moving her limbs uncontrollably played. "I couldn't sleep in the hotels because we were so turned around. We were in a new country every [day], so the best night of sleep on the tour I got was on the plane, and it was about 12 hours. I actually dislocated my toe."

Elsewhere in the interview, she talked about how she, Josh Hutcherson, and Liam Hemsworth developed such severe separation anxiety near the end of filming that they "all just held each other and slept." If that's not a prompt for fan fiction, I don't know what is. Watch the video here.