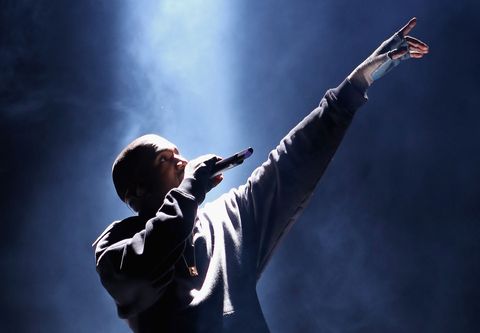 Finally. After months of vaguely hilarious Nike diss-tracks and plenty of hype, Kanye West has finally announced the date for his new album, Swish.

As per Kanye's tweet, Swish will drop right in time for Valentine's Day, and will presumably include at least a few of the songs he's debuted in recent months ("Facts" and "Real Friends" come to mind). This is Kanye's first album since 2013's Yeezus, and considering that he's gearing up for a presidential run, it could very well be his last.

Either way, Swish will likely win all the awards 2016 has to offer—and if it doesn't, Kanye will probably wander on stage anyway.

Meanwhile, we've reached out to Anti for comment (in our minds).