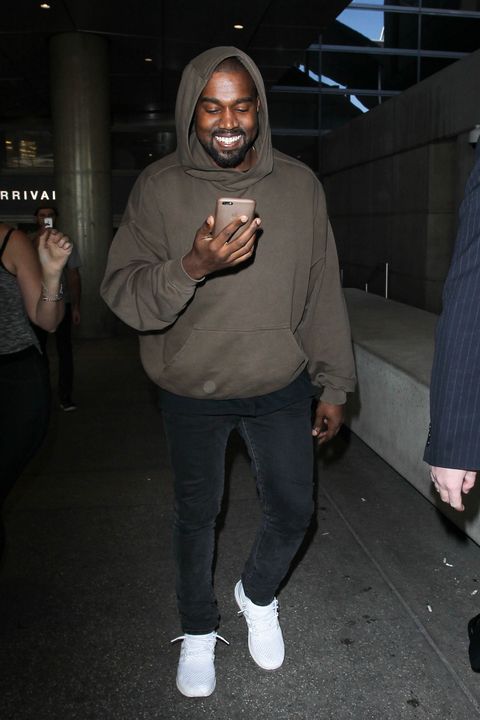 To anybody who's not a Kanye scholar, the Waves artist's latest tweets can seem troubling. But it's Kaaaanyeeeee—he knows *exactly* what he's doing. Which is drumming up publicity for himself and his upcoming Fashion Week/album release extravaganza by being purposefully weird and DIY-ing his own unauthorized Rolling Stone cover.

Oh yes he did.

Soon after the reveal, the publication politely denied the image's authenticity, which prompted Kanye to dig into his stash of 🔥 hashtags.

While we love Kanye, and have many mustard-related questions for him, this is not an actual cover of Rolling Stone https://t.co/2c3ZWpaorN

FYI, at press time, 57 percent of voters have taken Yeezy's side on the matter. But one important question—which we might never know the answer to—still remains: