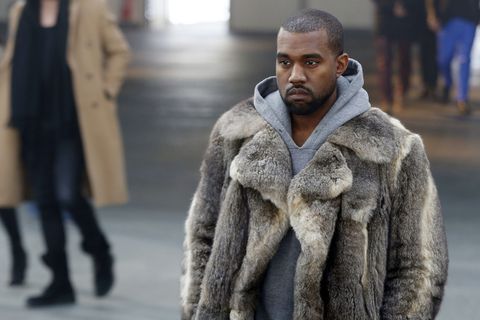 Oh, don't worry, everyone, Kanye West just changed his album name again. The soon-to-be-released work of art was originally called Swish before Kanye changed it to Waves, a name that was marred by Wiz Khalifa and his "cool pants." The album was then "in between names" until Kanye hopped on Twitter to announce its new moniker, a series of letters that make zero sense.

The meaning of T.L.O.P has yet to be revealed, but Kanye is offering a prize to the lucky person who can figure out what's going on in his brain.

Obviously, Twitter has really come through in this time of crisis.

@kanyewest The Lorax Once Protected (the trees)

Pizza Hut even joined in with this flawless suggestion:

@kanyewest The Love Of Pizza?

Honestly, if Kanye's album isn't a reference to pizza or Pringles there's just no point. Give the people what they want.