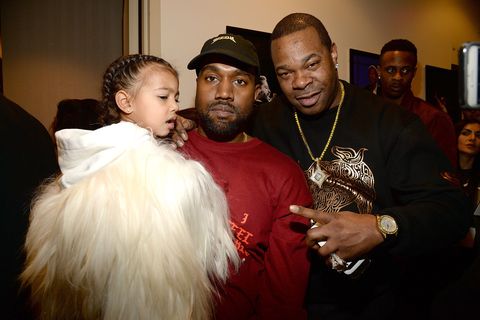 Oh, you had a paper route growing up or a sweet gig counting pencils at your uncle's accounting firm? Well, TOO BAD—North and Saint West don't even have five years between them, and they're already *creative consultants* on a major rap album.

After putting his own name first, Kanye "50 Percent More Influential" West listed his children amongst T.L.O.P. collaborators Rihanna, The-Dream, Chance The Rapper, and André 3000, while wife Kim Kardashian was noticeably absent. But what could they even creatively consult on? The art? The NSFIE ("IE" for "infant ears") lyrics? Or maybe they were just there for moral support. Lord knows Kanye needs friends to lean on in these trying, fake-ass times.