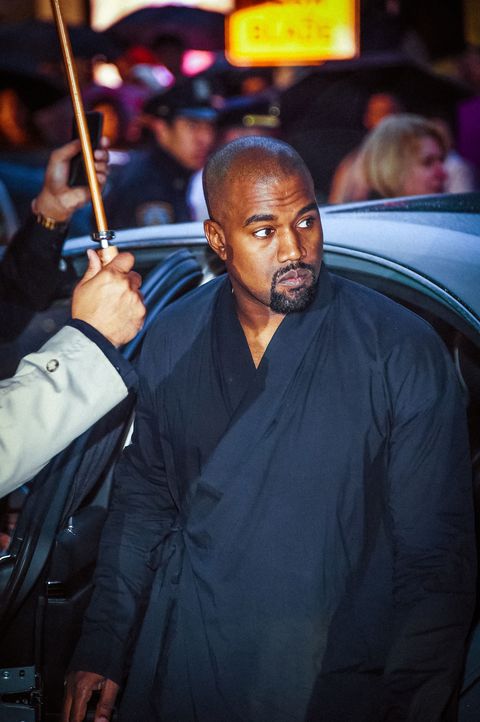 He may be a lot of things, but "boring" isn't one of them. Neither is "aware of stranger danger."

While the renegade designer waited for an Uber on Tuesday, a nearby photographer offered to drive him anywhere he wanted to go. Most celebrities would be like "Nah, I don't feel like getting kidnapped today," but not Kanye, who is more trusting and spontaneous than anyone realized.

"I don't need Uber anymore," he said as he got into the vehicle that could have taken him to his doom. (Or trainer Harley Pasternak's gym.) "I just have the paps take me where I wanna go."

Watch Mr. Kanye's Wild Ride here, and just try to think of a time you felt less like ridiculing him.