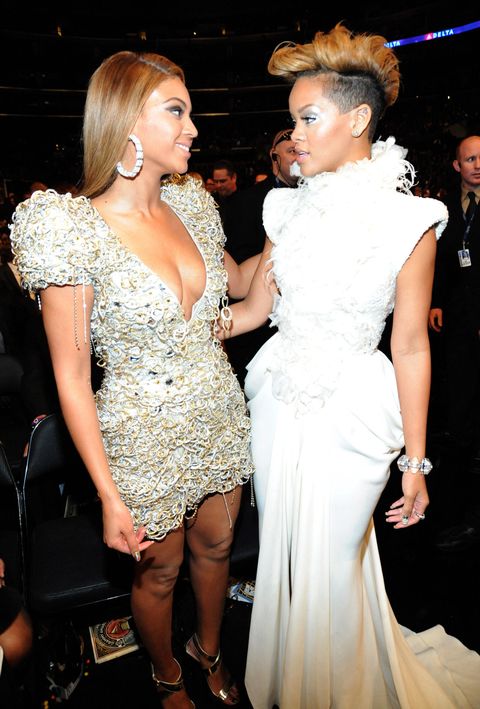 In the same interview in which she reveals her life's regret is going with the nude thong instead of the bedazzled one (hate when that happens), Rihanna sets the record straight on her supposed feud with Beyoncé while adding a new expression to the lexicon that will, mark my words, become the new "not here for."

Something else Rihanna does not wake up to: Golden Grahams. And hooking up with people over 50.