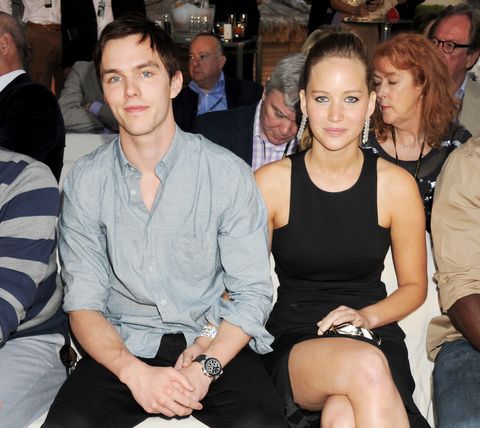 After doing her customary almost-falling routine at the global premiere of X-Men: Apocalypse, Jennifer Lawrence proceeded to explain to Extra how shaving cream helped dismantle her relationship with Nicholas Hoult.

"It is really good for taking paint off, but Nic used to hate it because I would come home smelling like a man and, like, too tired," she said of un-Mystique-ing herself. "I was like, 'Don't touch me, I'm too tired,' and he was like, 'You smell like a dude.'"

Then the Extra reporter had to go "I think many men would endure that," to which JLaw replied ""You're not hearing me—the answer wasn't yes!" Watch the interview below, which was only slightly less awkward than what you probably imagined.