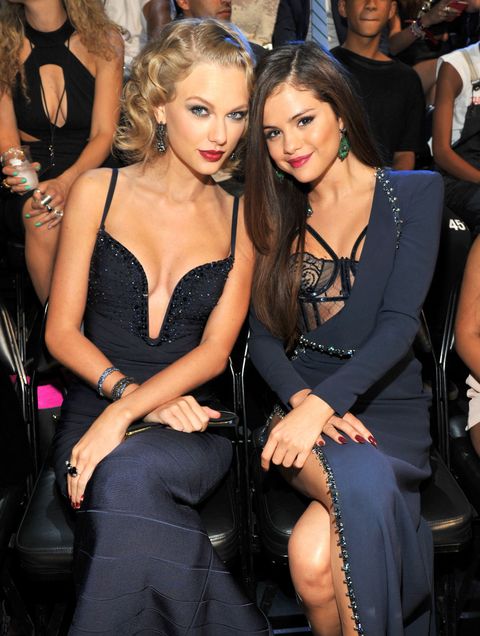 In the wake of Kim Kardashian's recent takedown, Taylor Swift's squad has #Risen like Katy Perry in a show of support. Only, not at all like Katy Perry because she is clearly Team Kimye.

It's pathetic how quick our culture is to sensationalize a fabricated story..

Truth is last thing we need right now is hate, in any form

This industry is so disappointing yet the most influential smh

There are more important things to talk about... Why can't people use their voice for something that fucking matters?

To add another layer of controversy, Selena was called out for the above tweet because neither she nor Taylor have used their voices to support Black Lives Matter. Selena tweeted and deleted the below response, which caused further ripples throughout the twittersphere:

And based on what Zendaya's favoriting on Twitter lately, it appears she's no longer a squad member:

But good news! Justin Bieber may have just volunteered as tribute to take her place.

In conclusion, it's The Squad's world and we're just living in it.