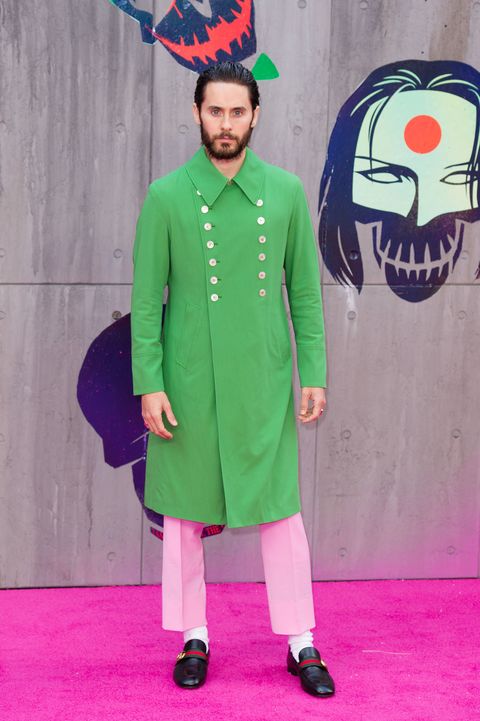 Remember back in December when Jared Leto was caught on camera saying he doesn't "give a f--k about" about Taylor Swift? And then he had to issue a vague Twitter apology? Well now he's back for more Taylor related musings—and when it comes to the star's feud with Kanye West and Kim Kardashian, he's firmly Team Everyone.

On Kanye: "He's a friend and has always been. Kanye has always been the nicest person to me, kind and generous. I think he's a talent, and I really appreciate his ability to speak his mind. I'm very different. I'm very careful and cautious because I don't want to deal with the other things that come along with speaking out like that. But I do appreciate that in other people."

On Taylor: "She's great. She triggers a conversation with myself about what's possible. And you know, the thing I like about Taylor is she's a self-made woman. I see that in my mother. There were probably points in Taylor's career where someone else maybe would have been knocked off balance by criticism or other challenges, and she just kept marching forward."

Way to play both sides, friend.

Mehera Bonner Contributor Mehera Bonner is a news writer who focuses on celebrities and royals—follow her on Instagram.
Advertisement - Continue Reading Below
More From Celebrity
Selena Gomez Opens Up About Being Bipolar
Harry and Meghan Gushed About California Last Year
Advertisement - Continue Reading Below
The Most Iconic Weddings Throughout History
Harry Feels "Overwhelming" Guilt Away From Family
Meghan's Son Archie Loves Doing FaceTime Playdates
Cody Embarrassed Miley By Reading Her a Love Poem
Kendall Said Kourtney's Breakup Damaged Her
Ryan Reynolds' Response to an IG Fitness Challenge
Rare Photos of Queen Elizabeth Through the Years
Meghan Might Have to Sponsor Harry's Visa